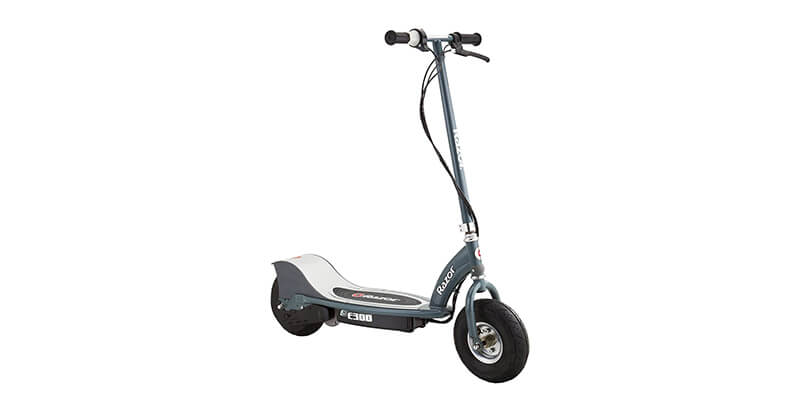 One of the best brands around right now for any electric personal transportation, including electric scooters, is Razor. They provide good quality, low priced products that offer great value for money but might not always be on the cutting edge of the technology. Today we’ll review one of their most popular e-scooters – the Razor E300 – and let you know everything about the scooter that you need to know before deciding whether you should buy it or not.

The Razor E300 is a pretty basic electric scooter, it has a simple stand up design and a chain driven motor without much else. This means it’s a decent choice for people looking at a first time, basic and fairly cheap electric scooter that doesn’t have many extras that can go wrong. The E300 is pretty well priced and provides good value for money, having one of the best rides of the basic scooters we’ve tested. If you’re looking for a sit down electric scooter, then Razor have you covered with a seated version of the E300 – the E300s. Both products have very similar pros and cons and come in at the low budget end of the e-scooter market, making them perfect for beginners or people looking to try out an electric scooter. 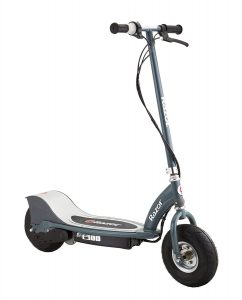 In comparison to some of the other scooters and e-scooters that we’ve reviewed on AltRiders, the Razor E300 is rather lacking in features. It can’t compare to the Glion Dolly in terms of commuting and it doesn’t look as good or offer as many features as the Swagtron Swagger. Despite this it still has a few features that it does will that have helped make it so popular.

The deck of the E300 is nice and wide and it has a non skid material coating the surface to allow the rider to comfortably and safely stand on it. The frame is made from a brushed steel that extends over the back wheel and works as a guard from any splashback in addition to a nice foot rest. The tires are large pneumatic tires that provide a bit of cushioning to the ride as there isn’t any dedicated suspension. The E300 also has a small kickstand for when you’re not using it.

There are two lead acid batteries hidden away under the deck that provide the E300 with enough power to hit 15 mph for around 40 minutes of continual use. This gives it a decent range but it is very dependant on the rider, the surface and incline that it is being ridden on.

These are controlled by a twist grip accelerator and the braking is done by a standard handlebar brake lever.

Other than these there aren’t really any other features to speak of. It doesn’t have lights or reflectors, it can’t fold up, doesn’t have anywhere to lock it to, it doesn’t have a battery life indicator and it certainly doesn’t feature a USB charging point like many of the commuting scooters we reviewed do. In fact the only way to tell how much charge you have is a simple green light that comes on on the wall adapter when at full capacity when charging the scooter.

So, it’s pretty basic in terms of features, but how do the ones that it does have fair? We’ll take a look in the next section.

The general build quality of the Razor E300 is decent. The brushed steel frame is good and feels sturdy without being too heavy. It’s not a light scooter but in comparison to other electric scooters out there it isn’t too bad. The motor, batteries and the deck are well build and all work well. The motor is quite loud as it’s a chain driven motor.

It doesn’t have the same attention to detail as other scooters, like the OjO or even the Swagtron Swagger. For example, the wires for the brakes are loose and hang down the outside of the frame with cheap clips just about holding them in place. This makes the scooters look cheap and we think it would have been much better to either hold them in place with more clips or better yet, put the wires on the inside of the tubes of the frame.

This is one of the small design choices that we’re not massive fans of. The scooter as a whole looks cheap and not very nice to look at. The metal guard over the back wheel has some functionality as mentioned earlier but it also looks hideous.

Despite having problems with the lack of features and the design, there is something good that comes out of this. That is its simplicity. Out of the box it goes together quickly and painlessly, it’s super easy to jump on and ride and if it ever goes wrong the problems are likely to be fairly easily fixable. Even the lack of suspension is almost elegantly solved with the beefy pneumatic tires that reduces another potential problem area. Whilst the lack of features might be a problem for some, the super simple design might be a blessing for others.

The two lead acid batteries and the chain driven motor can get the Razor E300 up to a top speed of 15 mph, a very respectable top speed considering the cost of the scooter. The acceleration isn’t particularly consistent but the torque is good. This means that it actually performs quite well when going up hills and can even work well off road. The motor doesn’t get bogged down and there isn’t much strain or reduction in speed. So much so that it actually made it onto our list of the best off road electric scooters. The range is also quite good and can sometimes do more than the suggested 40 minutes even with a hilly and bumpy road. So, generally the performance is actually really good and is one of the best parts of the E300.

In addition to the performance of the motor and battery, the tires actually do a great job at making the ride smooth. Bumpy roads, or no roads won’t make the ride uncomfortable and this cheap little scooter with no features actually performs better in terms of comfort than many scooters that cost twice the amount with full spring suspension.

We just wish the motor was a little quieter!

There is a spin off of the Razor E300 that adds one huge feature that completely changes how it’s ridden. That feature is a seat.

For a few dollars extra we’d recommend the E300s over the E300 as it adds a lot of extra versatility to the scooter.

Check the price of the Razor E300s on Amazon.

Overall, the Razor E300 is a good electric scooter. It’s incredibly basic but it uses this simplicity to allow it to focus on what matters, and that is the performance. It has a better than expected range, a good top speed and a very comfortable ride, with or without the seat. All of this for around $100 less than you’d pay for a Swagtron Swagger. That makes it incredibly good value for money and is one of our favorite cheap e-scooters for this reason.

If you have any other questions or queries then feel free to comment below or connect with us on our Facebook. 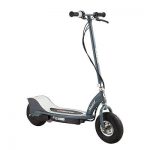 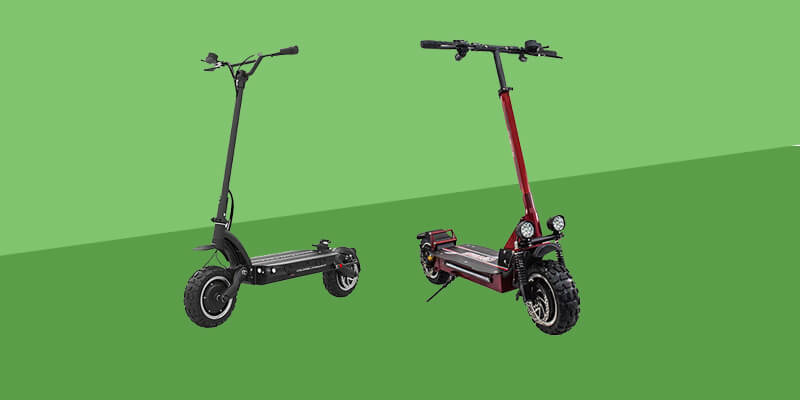 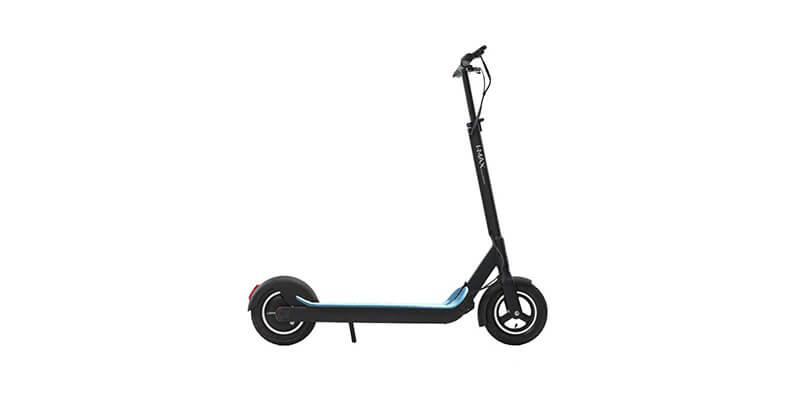 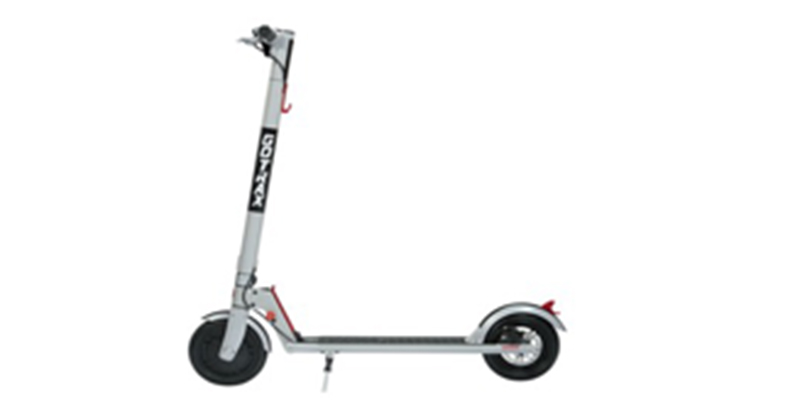